Take me straight to the main attraction

Making Coffee Better for the Environment

We recognise that we live in a world with finite resources and we want to play our full part in the global movement cutting carbon emissions from the coffee supply chain.

Some of the steps we've taken to reduce our environmental impact are big, whilst other steps are pretty small, but regardless of size we've learned that every step counts.

Our sites are powered by green electricity and we are striving to create zero waste in our worklives.

More than 80% of our team walk, cycle or use public transport to commute to work and the roastery is fitted with electric vehicle charging points. 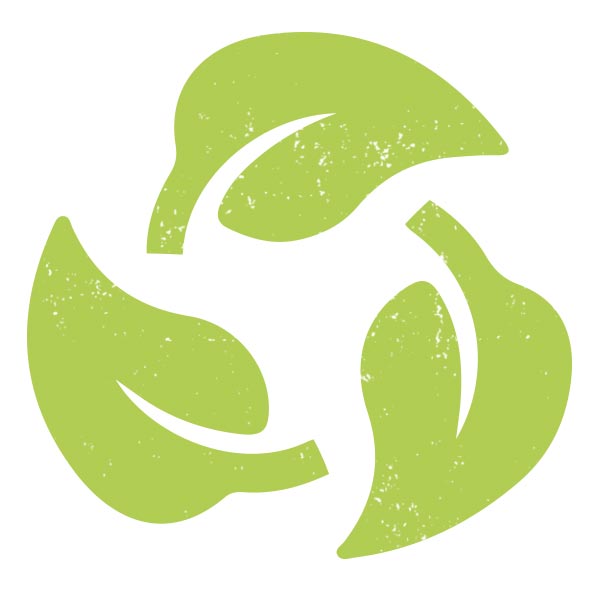 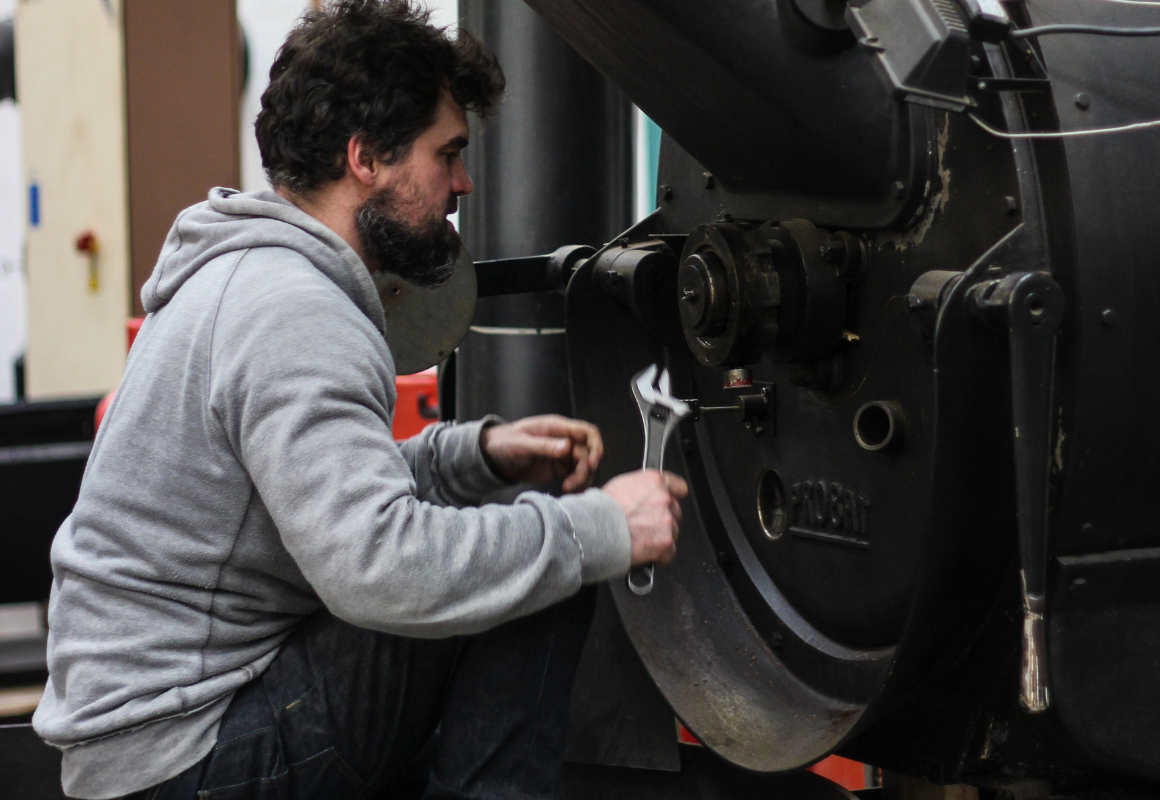 Recycling & Restoration is in our bones

Upcycling and restoration have always been a part of the Extract Coffee Roaster history; it’s just how we approach life. For instance, a visitor to our roastery will notice that our cupping table is made from reclaimed planks and the door handles were formerly parts of the roasting equipment.

The roasters themselves are rescued from scrap and restored rather than bought brand new. Our biggest roaster, Bertha, was brought over from Bosnia. Our smaller roaster, Betty, has been with us a decade now but was made in the 1950s. In the last few years, we’ve modernised these beautiful machines to make them as efficient and environmentally sound as possible.

We receive our coffee beans by sea, not air, which keeps carbon emissions down. We are always looking for ways to make the journeys shorter and the transportation more efficient.

One example is the beans for our Half Speed low caffeine and Sugarcane Decaf coffees from Colombia. With our previous decaf, using the Swiss Water method, South-American beans were shipped to Vancouver to remove the caffeine before being sent on to the UK.

We found a processor in Colombia who removes the caffeine using a by-product from fermented sugarcane instead, so we were able to connect them with one of our long term Colombian partners, La Marianela to cut out the unnecessary food miles. 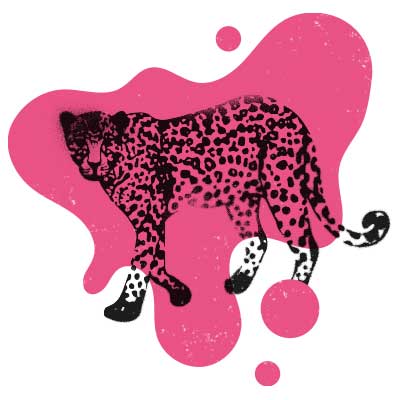 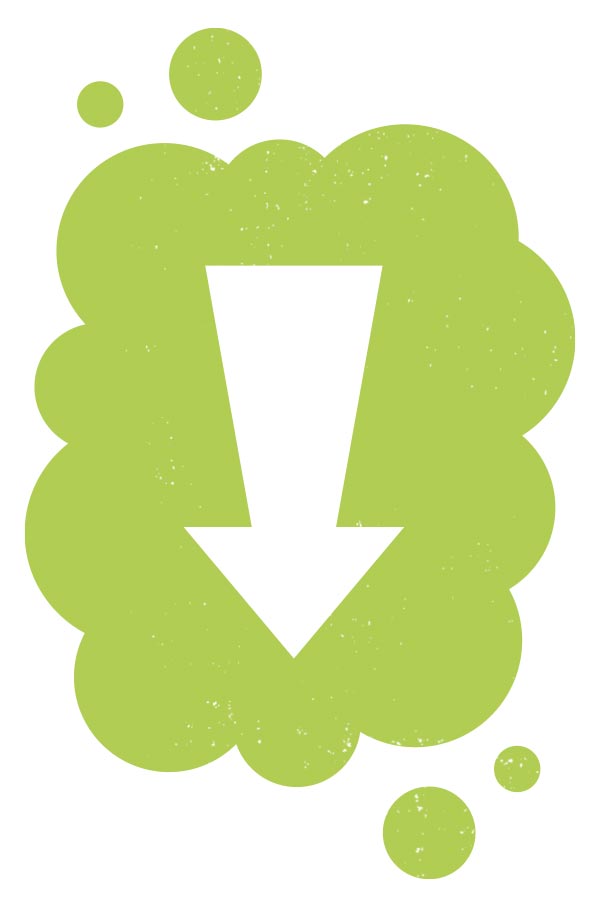 We have cut the carbon emissions from our roasting operations by buying green energy to power our roastery and keep the lights on. Even though our energy source is carbon neutral, we are still taking steps to use power as efficiently as possible: we’ve tinkered with our roasters to optimise their performance, added a variable fan and upgraded the burner. They now run off just 40% of the fuel they would have used when new.

We’ve added afterburners to our roasters to eliminate VOCs (volatile organic compounds) from our emissions – meaning cleaner air for our Bristol community.

We recently wrote a blog post for Clean Air Day about why clean air is something that's important to us Extract Coffee Roasters and the steps that we're taking to reduce air pollution.

Right now, a perfect solution for coffee packaging which preserves freshness and is widely recyclable / home compostable simply doesn’t exist. So, we are making imperfect progress in the right direction, you can read more about this in our Coffee Packaging FAQs.

When you roast coffee, you are left with a nitrogen-rich chaff – like a fine sawdust. Our leftover coffee chaff is collected by New Macdonald's Farm, a higher welfare organic farm in Bath. New MacDonalds use our coffee chaff first as chicken bedding, and then reused again as compost around the farm.

We recycle our spent coffee grounds with Bristol-based GENeco, a local waste management firm that turns food waste into biofuels. Our coffee grounds are composted in an anaerobic digester and turned into bio-diesel to power GENeco's collection vehicles, bio-methane which powers our homes and fertiliser which is sold to local farms.

GENeco estimated that the 3.4 tonnes of chaff they collected from us in June 2021 displaced 2 tonnes of carbon dioxide through landfill diversion and produced enough power to charge an iPad more than 29,000 times!

The beans are delivered to our roastery in large hessian sacks with plastic liners. The sacks are passed on to local children's charity, The Children's Scrapstore for community arts projects, and to animal sancturies such as Noah's Ark Zoo Farm to be reused in animal enclosures. The plastic liners are re-used in the roastery as bin liners.

Milk wastage is common during service, too, but we've been making positive steps here too, working closely with machine manufacturers and testing new milk-dosing machines with cafe partners to reduce wastage during service. 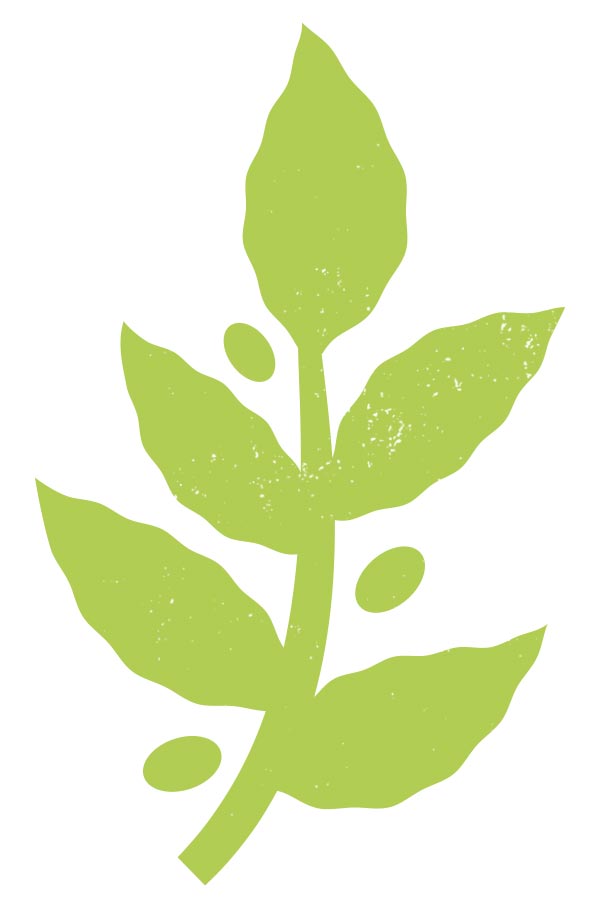 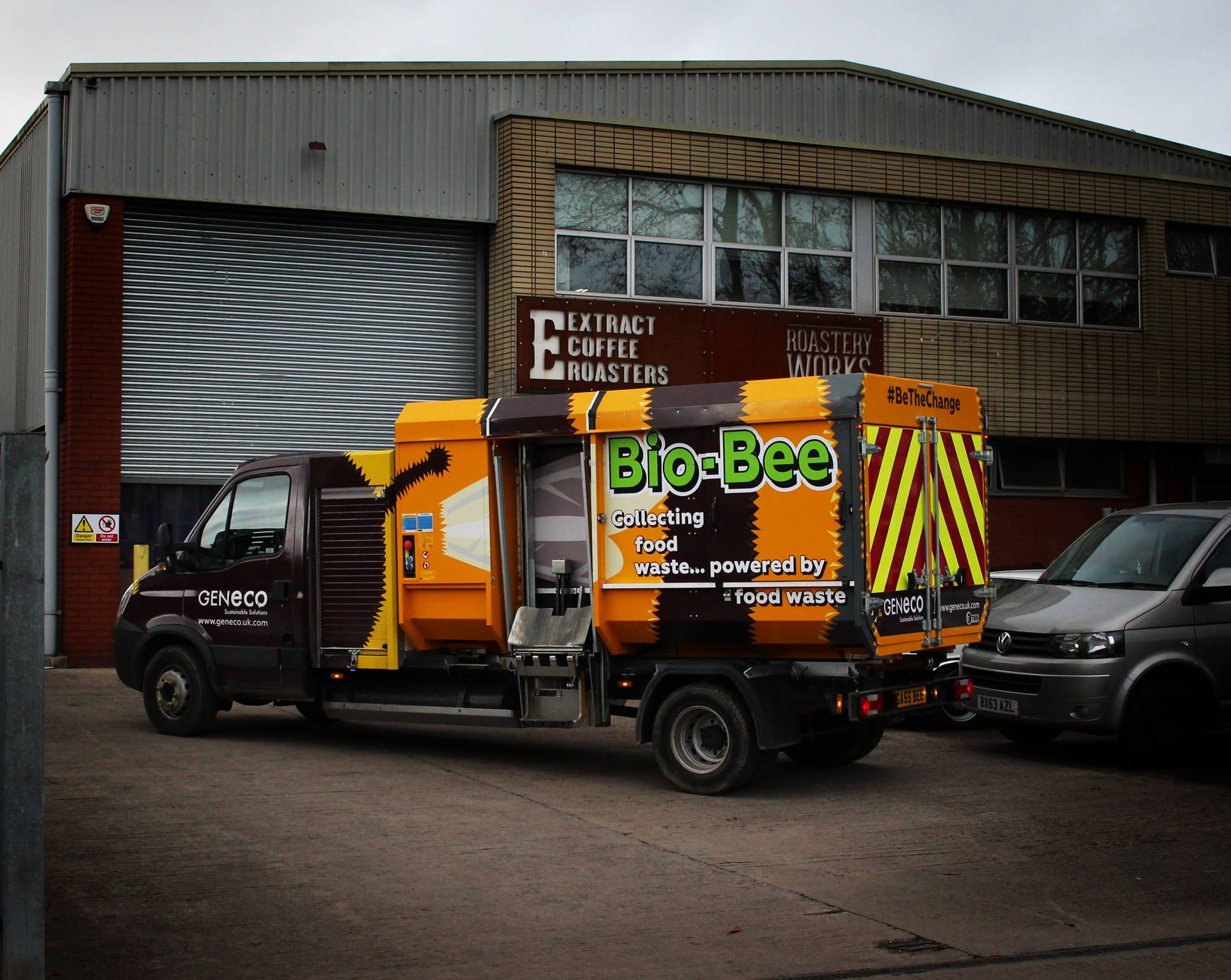 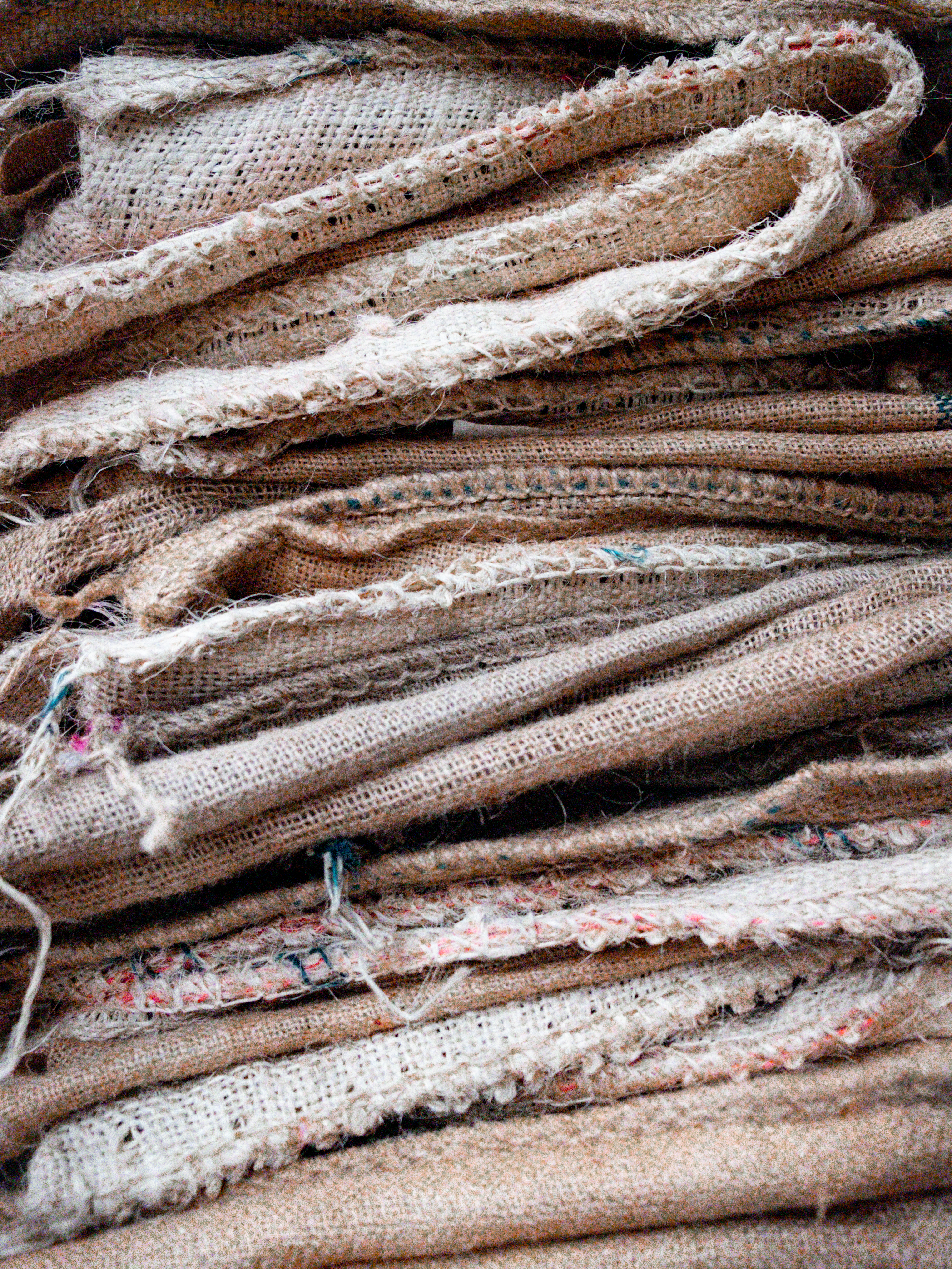 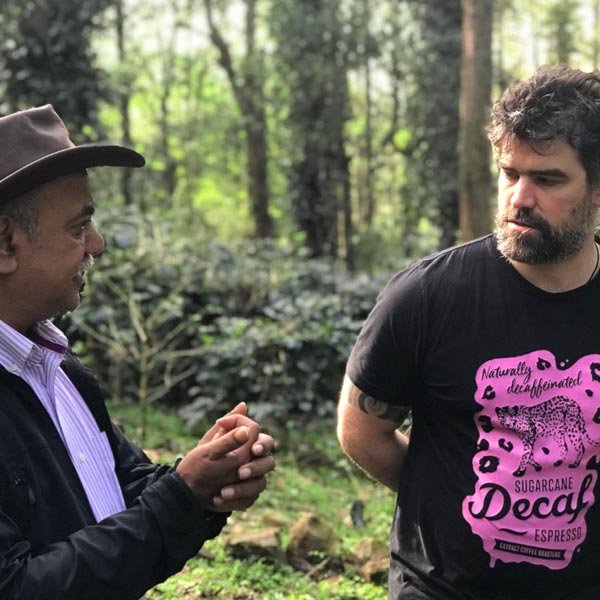 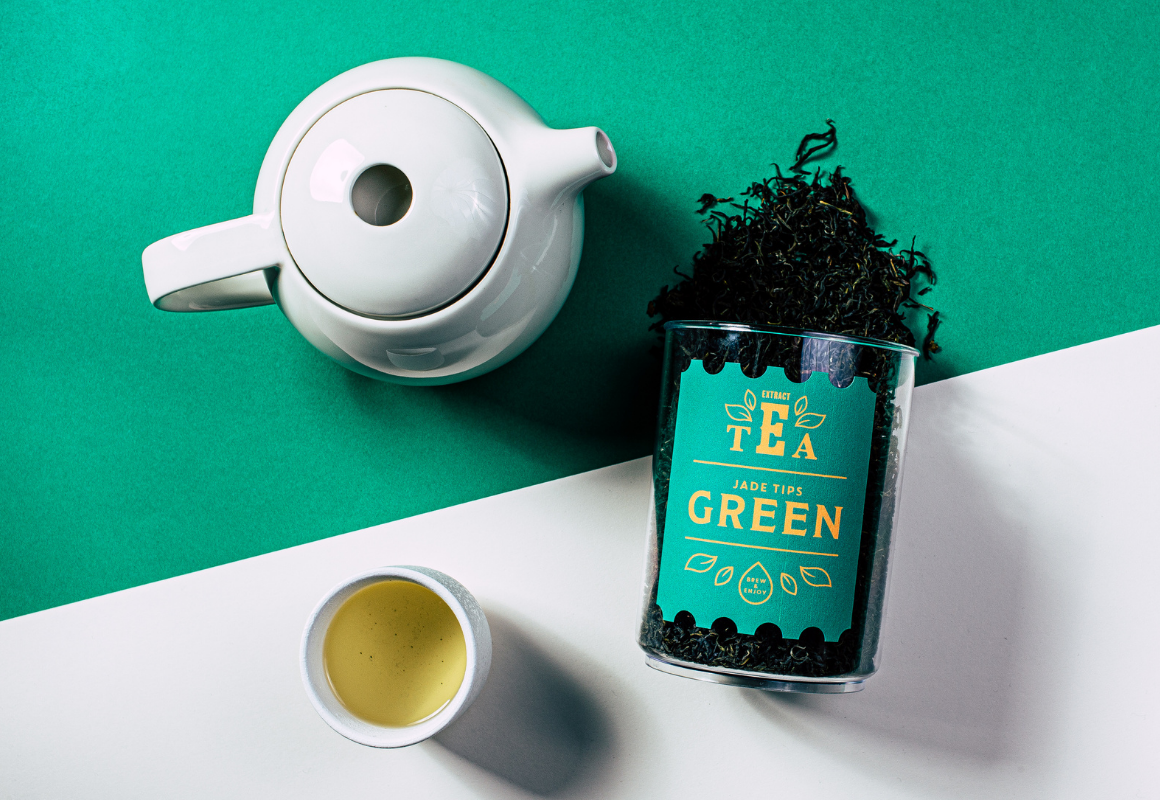 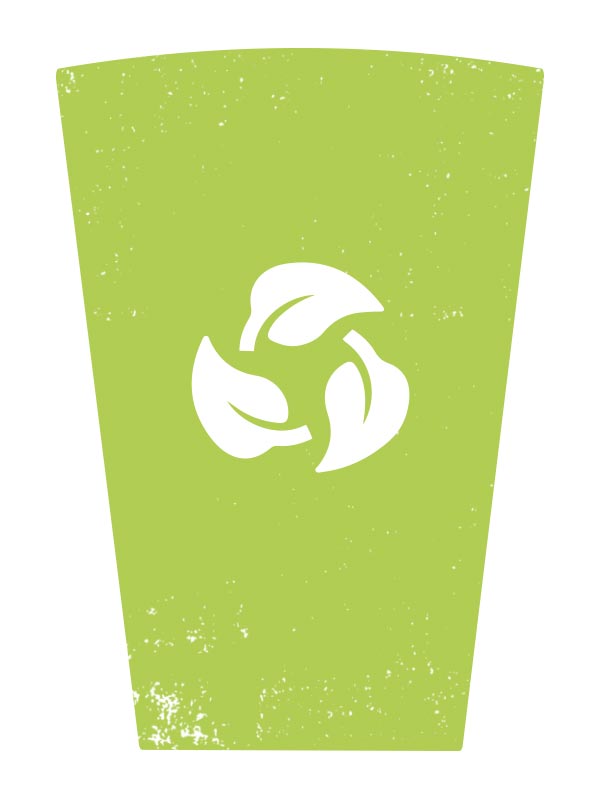 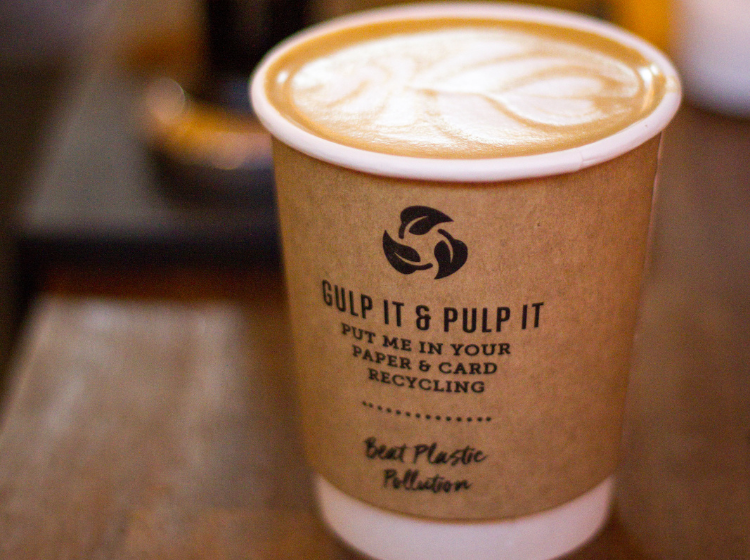 We choose coffee growers who use sustainable growing methods, protecting natural resources and working in harmony with the environment.

Many of the farms we work with recycle water and reuse coffee cherries as compost on the farm as an alternative the pesticides and fertilisers. They prioritise biodiversity and wildlife conservation by keeping areas of their farms as natural forest and growing shade-grown coffee alongside other plants.

It’s not all about the coffee: we work with tea smiths in in Somerset to make our own range of Extract Tea. They thought it was nonsense to ship it from India in tiny tea bags – instead they purchased a tea bag making machine and began bagging it themselves, allowing the leaves to be shipped to the UK with 70% less packaging.

When water boilers are required, we supply cafes with Marco Bev Eco Boilers: the steel they are made from has less embodied carbon and they are highly energy efficient. They come packaged in corrugated card instead of polystyrene too – another environmental win.

We choose BWT for water filtration. These filters are made from recycled plastic and are completely recyclable too.

Locally made syrups and British sugar

For syrups and pure powders we use Bristol-based Beyond The Bean. Not only are their syrups made in Bristol, just minutes from our roastery, they're made using UK grown sugar too.

Our takeaway cups are recyclable in your paper recycling. We chose our Re-Earth cups because paper recycling bins are now much more commonplace in public spaces. While this is an imperfect solution solution (what if it's thrown in the wrong bin?!) we chose it because it seemed like the best chance of getting the cup in to the right waste stream overall.

TRADE
How can we help? 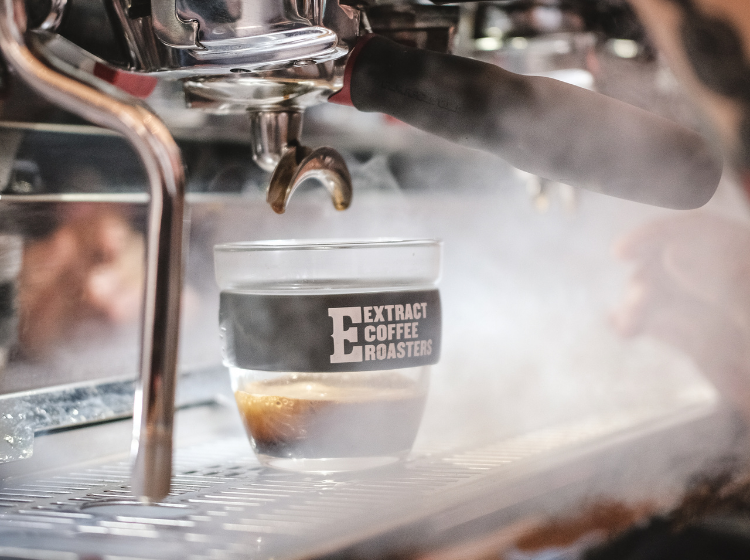 Coffee for your business 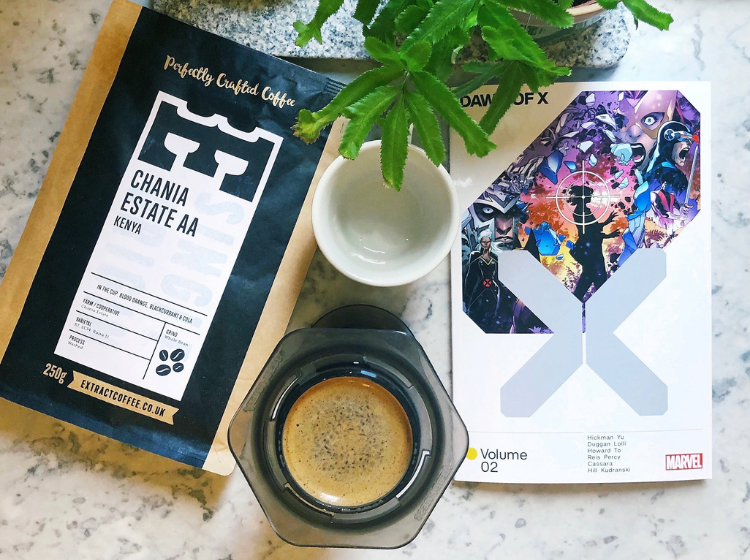 ABOUT US
Our amazing team 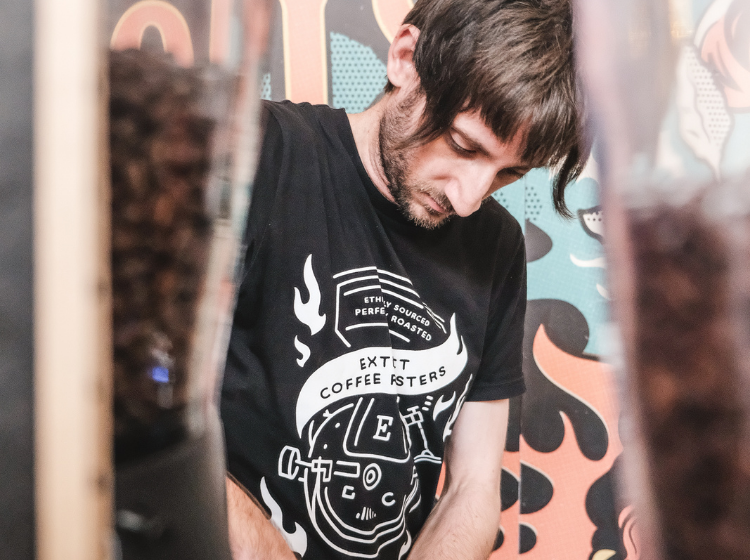