Take me straight to the main attraction

Named after our reclaimed 1950’s probat roaster, Betty champions women in coffee. This year, the coffee, La Morena, is sourced an innovative project which saw female growers from different regions of Guatemala working together to produce this delicious espresso. We taste cashew, and nostalgic custard & pear drops.

In Guatemala, 70% of the labour in coffee production is provided by women, however only 20% of the farms are female owned. Not only is it a difficult landscape for the women to work in, with systematically lower access to resources such as land, credit and information than men, but many women inherit the farms due to family tragedy and so often do not have the skills to be able to run it successfully.

Celeste Fumagalli, from Jutiapa, Karin Hernandez from Ciudad Vieja, and Jovita Castillo, from Joya Grande in Santa Rosa won a competition to set the flavour profile for La Morena. These three women are active in lifting up and supporting other women in their communities. Sharing knowledge, resources and skills and hiring predominantly female staff members.

Once Celeste, Karin and Jovita had decided upon the flavour profile for La Morena, the task of growing the coffee was handed over to 22 female smallholders from the Huehuetenango region.

Once the coffee cherries are ripe, the growers select the best fruit to send to a small production mill used for very specialty coffees. Here, a dozen women sort the coffee by hand, ensuring its quality.

The coffee cherries are pulped to remove their skins, then soaked to remove the remaining fruit. This is known as the washed, or fully washed processing method.

The coffee beans are then laid out in the sun to dry. Finally, the coffee is cupped (an officially form of coffee tasting and grading) and imported to the UK by a female-led team, before arriving at the Extract roastery, ready to roast.

Betty 2022 espresso is roasted on Betty, a 1955 cast iron, Probat coffee roaster. We found Betty in  Cardiff in 2010 and lovingly brought her back to life through a series of restorations by Extract Coffee co-founder, David Faulkner. Her most recent restoration throughout 2018 and 2019 made further improvements on her efficiency and will keep this iconic machine running for many more years to come. 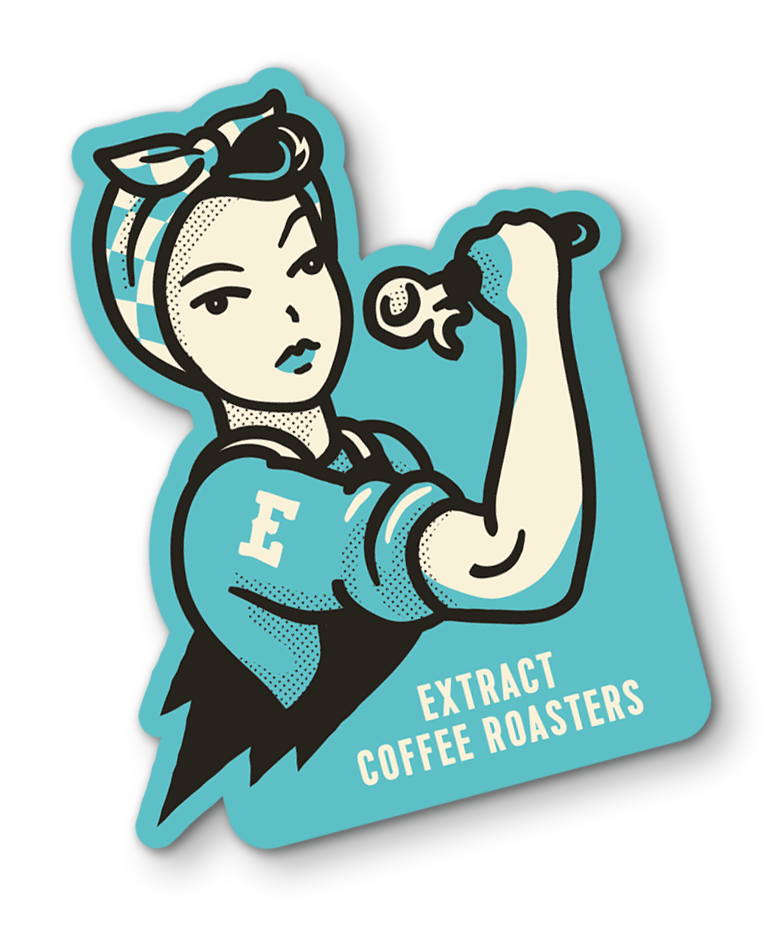 The history of Betty

Availability:
Here for a limited time only

We don't have this product in stock right now - but don't let that stop you. Add it to your order now and we'll back-order it for you and will send it as soon as it arrives.

How to brew Betty

A delicious flat white with milk or alt milk